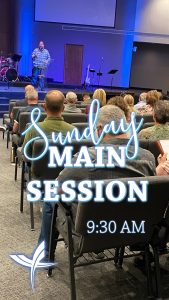 • Please check in – whether you are here in person or watching online – using the ChurchCenter app on your smartphone, or on the ChurchCenter online portal on a computer (choose “in person” or “online” when you check in so we know where you watched)

Regular weekly activities are taking a break until January

2GO CAFE
Our coffee stand is open on Sunday mornings at 9:00 AM. Stop by and grab some coffee before and after the Main Session. Donations currently benefit the Tri-City Union Gospel Mission.

BREAKOUT SESSIONS
Join us after the Main Session:

•    Read Scripture Together with The Bible Project Reading Plan – No study book necessary! Just read the weekly Bible chapters and we’ll discuss them and encourage each other as we seek to become people of the Word. This week’s reading (week 12): 1 Samuel 1-24. To join ChurchCenter app group, open the Church app and tap “more” and then “groups”. Sign up for this Breakout by clicking here. All are welcome to attend
– Meets in Room 302

Our Christmas backdrop is set up in the foyer by the MPR entrance for your photo-taking pleasure. Come and pose with your family and friends! It will be available through Sunday, December 26. If you share your pics on social media, please tag #FBCRichland

Looking for something to do during Christmas break? Bring the whole family for a service project sponsored by MOPS.
We will be assembling pencil packs to donate for Operation Christmas Child. Join us on Wednesday, December 22, from 10:00 AM to noon in the MPR.

CHRISTMAS EVE SERVICE
Join us on Christmas Eve at 6:00 PM in the auditorium for a celebration of what we desire to remember at Christmas: our desperate need for God, his incredible love and provision for us, and that he intends us to experience all of life as brothers and sisters in him.

Get involved
To help on a team or to receive support from a team, contact Cheryl Brulotte or the team leader.

CONNECT CARDS
If you’re visiting or simply want to send a message to staff and pastors, fill out a connect card! You can find them at the Connect Table, click the “connect” button on our home page, or click here.

YOUVERSION STUDY GUIDE
Access the sermon study guide on the Bible app! This will allow you to follow along with the message AND take and save your notes. We use the YouVersion Bible App which is FREE and available for iPhone/iPad, Android, and Kindle Fire devices.
Here’s what to do:
1. Go to your app store or https://www.bible.com/app and install on your device.
2. Set up a FREE account either in the app or on the website.
3. If you haven’t used this app before, spend some time getting to know all its features.
4. When you come on Sunday look under “More” and “Events” to find our service.
Alternatively, you can click on the “YouVersion Notes” link right here!
5. Make sure to click “save” when you get to the event so you will be able to access your notes later.
If you have any problems let a staff member or deacon know and they can point you in the direction of someone who can help.

HEARING ASSISTANCE
If you or someone you know needs to make use of this great tool in our worship service, here are some instructions.

If you have any problems connecting, just let a staff member or deacon know and they can point you in the direction of someone who can help.

Joy To The World

O Come O Come Emanuel /
Here I Am To Worship

(Here I Am To Worship) 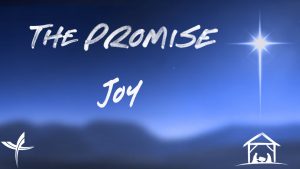 22 “…that the promise by faith in Jesus Christ might be given to those who believe.”
Galatians 3:22 ESV

3 A voice cries: “In the wilderness prepare the way of the Lord; make straight in the desert a highway for our God.
4 Every valley shall be lifted up, and every mountain and hill be made low; the uneven ground shall become level, and the rough places a plain.
5 And the glory of the Lord shall be revealed, and all flesh shall see it together, for the mouth of the Lord has spoken.”
Isaiah 40:3-5 ESV

5 In the days of Herod, king of Judea, there was a priest named Zechariah, of the division of Abijah. And he had a wife from the daughters of Aaron, and her name was Elizabeth.
6 And they were both righteous before God, walking blamelessly in all the commandments and statutes of the Lord.
7 But they had no child, because Elizabeth was barren, and both were advanced in years.
8 Now while he was serving as priest before God when his division was on duty,
9 according to the custom of the priesthood, he was chosen by lot to enter the temple of the Lord and burn incense.
10 And the whole multitude of the people were praying outside at the hour of incense.
11 And there appeared to him an angel of the Lord standing on the right side of the altar of incense.
12 And Zechariah was troubled when he
saw him, and fear fell upon him.
13 But the angel said to him, “Do not be afraid, Zechariah, for your prayer has been heard, and your wife Elizabeth will bear you a son, and you shall call his name John.
14 And you will have joy and gladness, and many will rejoice at his birth,
15 for he will be great before the Lord. And he must not drink wine or strong drink, and he will be filled with the Holy Spirit, even from his mother’s womb.
16 And he will turn many of the children of Israel to the Lord their God,
17 and he will go before him in the spirit and power of Elijah, to turn the hearts of the fathers to the children, and the disobedient to the wisdom of the just, to make ready for the Lord a people prepared.”
18 And Zechariah said to the angel, “How shall I know this? For I am an old man, and my wife is advanced in years.”
19 And the angel answered him, “I am Gabriel. I stand in the presence of God, and I was sent to speak to you and to bring you this good news.
20 And behold, you will be silent and unable to speak until the day that these things take place, because you did not believe my words, which will be fulfilled in their time.”
21 And the people were waiting for Zechariah, and they were wondering at his delay in the temple.
22 And when he came out, he was unable to speak to them, and they realized that he had seen a vision in the temple. And he kept making signs to them and remained mute.
23 And when his time of service was ended, he went to his home.
24 After these days his wife Elizabeth conceived, and for five months she kept herself hidden, saying,
25“ Thus the Lord has done for me in the days when he looked on me, to take away my reproach among people.”
Luke 1:5-25 ESV

57 Now the time came for Elizabeth to give birth, and she bore a son.
58 And her neighbors and relatives heard that the Lord had shown great mercy to her, and they rejoiced with her.
59 And on the eighth day they came to circumcise the child. And they would have called him Zechariah after his father,
60 but his mother answered, “No; he shall be called John.”
61 And they said to her, “None of your relatives is called by this name.”
62 And they made signs to his father, inquiring what he wanted him to be called.
63 And he asked for a writing tablet and wrote, “His name is John.” And they all wondered.
64 And immediately his mouth was opened and his tongue loosed, and he spoke, blessing God.
65 And fear came on all their neighbors. And all these things were talked about through all the hill country of Judea,
66 and all who heard them laid them up in their hearts, saying, “What then will this child be?” For the hand of the Lord was with him.
Luke 1:57-66 ESV

As we study together…

As we leave on mission…

RightNow Media is an online video streaming service with Christian content for all ages & interests and has been called “The Netflix of Bible Studies”.
If you have questions or want to activate your free subscription, email fbc@fbcrichland.net.