The Covid Crisis: Is God Really in Control?

Message Slides: The Covid Crisis: Is God Really in Control? 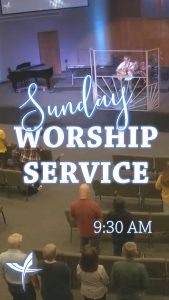 Tuesday Youth Group @ 6:00 PM
In person at FBC with Pastor Isaac
Meeting in the MPR
Youth Group ends at 7:30

TODAY’S SPEAKER: STEVE EVERETT
Steve and his wife Mendi have been serving with ABWE since 2001. For 10 years of that time they lived and served in southern Brazil assisting in church planting as well directing a retreat center where they helped to encourage attendees and help them grow in faith and fellowship.
They are now based in Salem, OR and have an emphasis on partnering with Brasilian ministry workers to further the gospel reach worldwide.
Both Steve and Mendi have long-time ties to First Baptist. If you are able to attend in person this week, make sure to say hello. You can read more about their ministry in the “Missionary of the Month” section of the Weekly Bulletin.
To make a one-time gift (love offering) to the Everetts, you may choose “missionary of the month” in the drop-down menu of the ChurchCenter app’s giving option. This option is also available online, here. Alternatively, you may visit their ABWE giving page.

TODAY: ADULT SUNDAY SCHOOL CLASSES
Sunday school classes begin at 11:00. We hope you’ll join us after the service in one of these classes:

Bible Talk with Pastor Isaac: An interactive study for both youth and adults
– Room 302/304
Current topic: What it means to be the Church
This week: Examining Lordship Salvation

Book of Titus with Paul Eslinger: An interactive bible study for adults
– Room 303/305
Current passage: Titus 1:1-9
This week: Read ahead Titus 1:1-9. Look up elder/overseer/bishop definitions and where it is used elsewhere in scripture.

GIVE THANKS TO THE LORD
Share what you are thankful for! Submit a photo with a caption, a video, or a short paragraph to fbc@thefirstfamily.net. We will encourage each other with God’s blessings to our church family on Sunday, November 22.

MONDAY: MOPS – MOTHERS OF PRESCHOOLERS
MOPS has plenty of room for new moms, so if you are a mom of kids up to age five, please join us!
More details:

WEDNESDAY:
AWANA
November 11 • 6:30 PM
Some clubs still have space available!
Register on the ChurchCenter app under Events or click here to register.
Space is limited!

THURSDAY:
KIDZONE ONLINE CONTENT – brite*
Watch the KidZone Facebook Page each Thursday afternoon for a new lesson and activity. Because kids who know the Bible can:

Click here to see what you can learn in these online Bible lessons, powered by Awana.

OPERATION CHRISTMAS CHILD
Our faithful Operation Christmas Child enthusiasts have finished another year of prep and are ready to pack some boxes! First Baptist Church’s OCC goal this year is 200 boxes and we need to raise $2,000 to cover shipping and the cost of the boxes themselves.

We will not do a big packing party this year, but will to continue having small monthly gatherings and pack boxes from supplies we have received to date. OCC box items (school supplies, hygiene supplies, etc.) are still welcome!

Boxes and funds will be collected through Nov. 22.

Amazing Grace (My Chains Are Gone)

Amazing Grace (My Chains Are Gone) 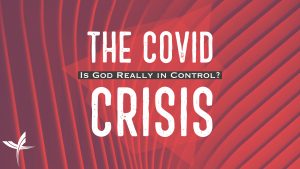 The Covid Crisis: Is God Really in Control?

The Covid Crisis: Is God Really in Control?
Steve Everett

1. Job
Have I ever been tempted to blame God of doing wrong? Why did God single Job out to Satan? Is Job’s “torment” a punishment or an honor? Do I believe that “trials” can prove my faith to be real? What kind of “outside” influences do I allow to shape my thoughts and reactions to “trials”?

2. Stephen
Why was Stephen so hated by the people? What kind of opposition to God’s message is there today? Faced with the onslaught of boulders why wasn’t Stephen afraid? How can I apply that to my life in the middle of a trial?

3. Paul
What explanations can I think of for Paul’s immense hatred towards Christians and the Church? Did God show anger or love to Paul? Can I think of a time when I have recently been confronted by God about some aspect of my life? What was my response and result?

Steve and Mendi have been serving with ABWE since 2001. For 10 years of that time they lived and served in southern Brazil assisting in church planting as well directing a retreat center called Sitio da Esperança. This property was used to offer “like-minded” churches in the area a place for retreats, baptisms, sporting events, training opportunities and classes, Bible study groups, and family events. It was a great way for churches to encourage their flocks and grow in their fellowship. It also was a great way to evangelize through sporting tournaments, youth rallies, and youth/adult retreats.

They are now based in Salem, OR and have an emphasis on partnering with Brasilian ministry workers to further the gospel reach worldwide. They are partnering with them in an effort to reach further into their communities or the communities they work in through teaching English, running sports camps, construction projects, offering specific training modules, or anything else within the skill sets the Lord has given them that aids in reaching others for the Lord. Their desire is to allow their national partners dictate what type of help and ministry is needed.

As a bonus, they get to share these things with churches in the US in hopes of inspiring and encouraging Christians to jump on board with what God is doing around the world. And by “jumping on board” they mean by going on short-term missions trips or contributing financially towards these ministries and national partners.

To make a one-time gift (love offering) to the Everetts, you may choose “missionary of the month” in the drop-down menu of the ChurchCenter app’s giving option. This option is also available online, here.
Alternatively, you may visit their ABWE giving page.

Praises:
•    Some recent increases in monthly support
•    Some recent & encouraging “divine” meetings with good friends
•    Our health through this COVID time
•    God meeting ALL our needs! PTL!

Prayer Requests:
•    We are currently around $1,000 short in monthly support
•    Trying to plan our 2021 calendar with so many unknowns
•    Our partners in Guyana: John and Fabi & Renato and Francilene
•    Our partners in Brazil: Pierre and Inha & Edson and Alessandra
•    Our country and our leaders